A St. Louis County jury on Wednesday convicted a St. Louis County detective in the fatal shooting of Cameron Lamb, an unarmed burglary suspect. After listening to testimony that lasted four days, the jury… 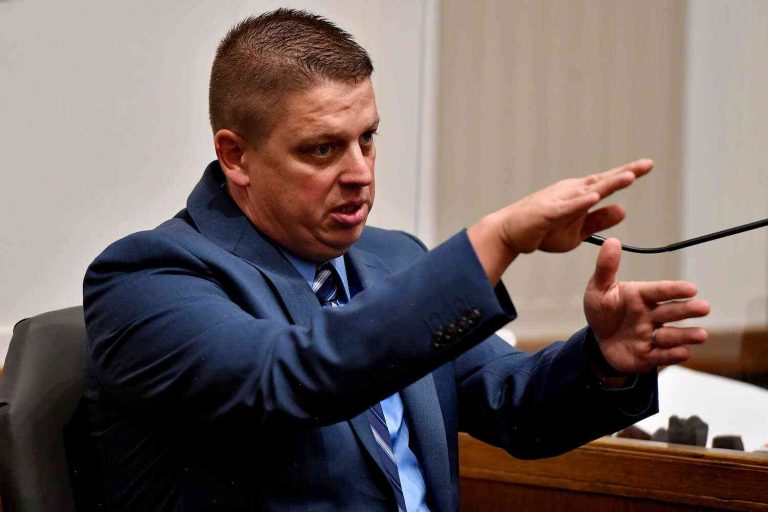 After listening to testimony that lasted four days, the jury came back with guilty verdicts for Capt. Robert Cothran, 51, on first-degree involuntary manslaughter, first-degree assault and first-degree assault by a government official. He had faced six charges, including tampering with physical evidence and failing to report the shooting.

He was also convicted of misdemeanor misconduct in office.

No sentencing date was set Wednesday.

The Missouri State Highway Patrol had made public recordings that implicated the now-fired detective. At the time, troopers said his actions in 2014 warranted internal action. It was not clear what that action was or how he would be disciplined.

Cothran was the first officer to face criminal charges for shooting a burglary suspect since a University of Missouri system police officer was indicted last year for shooting student Michael Brown in Ferguson.

Last year, Lamb, a nursing student at Missouri Southern State University, was shot and killed during a foot chase across the campus. He had been found guilty in a 2007 burglary case. Police said it was unclear why he was being pursued in the second case.

“Not guilty. I’m at peace with that,” Linda Lamb said. “So many tears have been shed. As it’s been proven by the evidence, this is more than just a murder, this is murder.”

The shooting occurred March 24, 2014, when Lamb, being chased on the campus, caught up with a friend, Kendall Phillips, who was driving in a pickup truck. Phillips was trying to flee the scene, and Lamb put out a stop sign, causing the truck to spin out. Prosecutors contend Cothran shot Lamb when he confronted him. Lamb repeatedly fired his gun at the police cruiser, and Cothran shot Lamb in the back while he was still in the roadway.

The discovery of the incriminating recordings came about after Lamb’s aunt, Krystle Coates, found them in the vehicle. Two months later, they were subpoenaed by prosecutors and turned over to the defense.

Cothran denied having the recordings, but prosecutors said they were computer files containing not only Lamb’s text message exchanges with Phillips but also audio and video from internal law enforcement files.

Cothran testified that he fired only once as he caught up with Lamb, because he knew it was likely the gun had been fired before he arrived. Coates testified that she was seated in a van behind the truck when she heard the shots and was able to see how Cameron Lamb was laying in the road, but none of that was recorded on the recordings.

Cothran also said he did not know Lamb had been convicted in a prior case. Yet Jefferson County prosecuting attorney Stephen Callahan argued, saying he didn’t buy that. He accused Cothran of misleading him and St. Louis County prosecutors after the shooting, signing a waiver that said Lamb was not charged when he wasn’t.

Both prosecutors and the defense said they were required to keep information confidential from the media while state police were investigating. During the trial, the Missouri Highway Patrol took statements from all the police involved, but the recordings were kept secret from media.

“We know that the physical evidence alone does not convict anyone,” Callahan said after the verdict. “This verdict can be accepted with any number of opinions that the defendant was not guilty. It also cannot be accepted with the type of evidence that comes up at trial.”

Cothran had the option of continuing to argue that Lamb’s gun was discharged before his arrival and the prosecution’s case was weakened. He declined.