CNN honors 10 Americans doing a great deal for others

In partnership with Sustaining America, CNN recently celebrated 10 Americans who have devoted their lives to making the world a better place. Sustaining America is an international non-profit agency that offers charitable and volunteer… 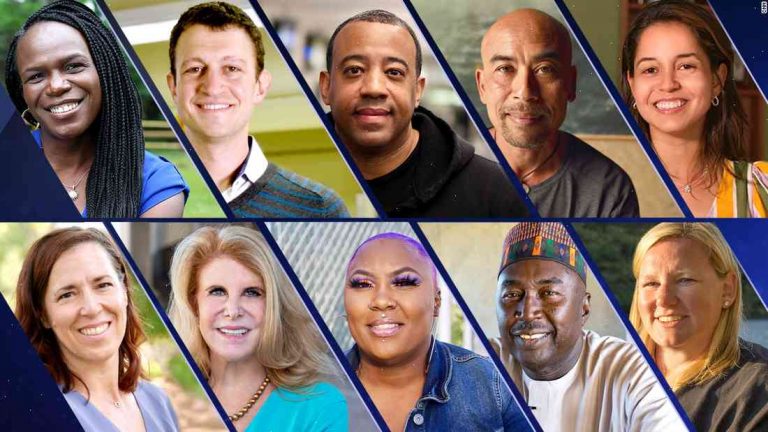 In partnership with Sustaining America, CNN recently celebrated 10 Americans who have devoted their lives to making the world a better place.

Sustaining America is an international non-profit agency that offers charitable and volunteer assistance to the globally underserved. They chose CNN as the medium for highlighting the 10 award-winning Americans nominated by other organizations, including: St. Jude Children’s Research Hospital, the American Red Cross, the John F. Kennedy Center for the Performing Arts, the International Rescue Committee, UNICEF, Operation Smile, VETS and Hands on Network.

Each year CNN celebrates Americans who have gone above and beyond to make their communities and world a better place through the Sustaining America program.

“We are always amazed and honored to honor those who have gone above and beyond to make the world a better place,” CNN National Executive Producer of Impact Journalism Jeffrey Zucker said. “Each year we are also inspired by the stories that our viewers tell us. We hear stories about wonderful people striving to help others and seeing that transformation.”

The series of inspiring stories from the 10 award-winning Americans were presented on an episode of CNN’s documentary series, “Sustaining America,” hosted by journalist and traveler Glynnis MacNicol.

– Eric Alper, a naturalist for the natural history channel, went to Vietnam to share his love of nature with people who lack it.

– Kevin Ellis, a community center employee at the Boys and Girls Club of Bristol County, organized a “million man march” to block the KKK from holding a meeting.

– Bobak Ferdowsi, a NASA astronaut, pointed the way to rescue workers to the site of an apartment building in Japan’s tsunami-ravaged northeast, saving thousands of lives.

– Jeff Clanton, executive director of VETS at San Francisco General Hospital, built a unique partnership to bring medical services to veterans who are also from the local community.

– Dr. Chris Demarest, an emergency physician at Oregon Health & Science University, has built back more than 300 homes for low-income families.

– Donnie Gimbel, president of Hands On Network, rebuilt 300 square meters in Hope, Liberia, and provided resources and access to resources to make it possible for many more Liberians to be housed in a safe home.

– Jalena Fortier, a 6-year-old with an encyclopaedic memory, connects people through communication technology in their native heritage to the more common culture of the 21st century, reinventing the age-old Nigerian tradition of storytelling.

– Scott Hassett, executive director of Operation Smile, created an impact that has provided more than 15,000 surgeries for facial deformities.

CNN was also inspired by CNN viewers by giving voters a chance to select the 10 winners via social media.

“We are impressed with the outstanding work being done at all the organizations we highlighted this year,” said Sustaining America executive director Robyn De Vries. “We would especially like to thank CNN for this ongoing support and for inspiring the American public with their stories of service.”