Abi Head’s festive family drama is an example of a good (in the best sense of the word) divorce storyline – maybe that’s why it was so polarising. The first series presented viewers with… 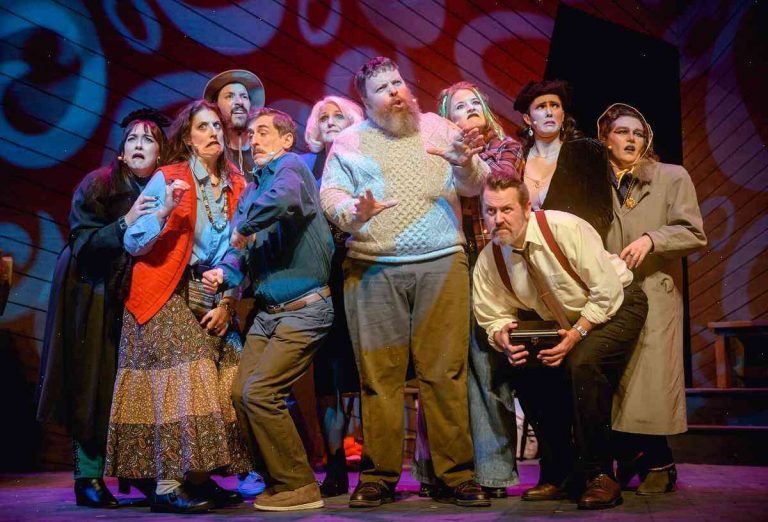 Abi Head’s festive family drama is an example of a good (in the best sense of the word) divorce storyline – maybe that’s why it was so polarising. The first series presented viewers with a series of neat excuses for Judith and Gerald to torture one another in various episodes. Could the second, albeit incongruous, take the whole thing back to its original feisty roots?

This mid-Welsh coastline is an accident waiting to happen, but it’s entertaining to watch. The Stovehouse children are the standout characters. They have no choice but to suck it up because of her demanding mother, and it’s their attempts to do so that make them lovable. Perhaps a bit too lovable.

It’s worth noting that Dafydd and Sophie begin to share real feelings for each other, which means a romance is on the cards. This may or may not mean there’s hope for the Stovehouse.

Fever broke and the holidays had begun when events completely changed the family dynamic. We’re still not sure why, but they go ahead and dispose of a gun (because that’s what people do when their world becomes trippy, right?) with terrifying results. To further complicate matters, Spinner gets a little too involved in Damo’s plan, resulting in a violent and public scuffle in a local pub. I didn’t realise a pub-dwelling matchmaker could have such a volatile temper…

Since then it’s been driven by Judith not letting Gerald tell her the whole truth about why she left, whether in the house or in a cafe, where he is addicted to his phone. Damo has backed Judith all the way, even when the on-screen siblings show overt signs of distress. Spinner has also become a bit of a loose cannon, ditching Damo while he’s having his chemotherapy sessions and not knowing what the word cancer even means.

It’s clear there’s a lot of love and concern for the siblings – unlike Judith, Damo appears to really care for their well-being – but we’re not sure how long this will last. Maybe it’s just a case of too much having too much going on and they need a cooling off period.

Returning to the upstairs/downstairs move, Llewellyn wants to buy some property and his valuers are unimpressed because they don’t see what’s in it for Llewellyn. To make matters worse, Llewellyn is still resentful of Gerald for leaving, and the chance to prove he’s worth more.

His own situation is a complicated one – he’s left debt-ridden, his partner wants children but he doesn’t, he doesn’t seem to have been able to connect with Sian or Jessie. His wife (and likely next husband) promises to bring the right man into the house and Llewellyn should do the same – it’s anyone’s guess how that’ll go down.

Judith finds out about all this business about the property, and decides to buy it for herself to get some space. How charming, but she has said she’s not looking for Mr Right – not in this state, anyway. In the end, Damo’s implausibility does make Judith stand out. Gerald and Damo are obviously a combined failure and here Judith is doing what she thinks is best for the family. It’s all a bit too convenient to us and what’s happening – some of it terribly dark – doesn’t seem quite right.

Still, we’ll give it a week, and then tell you how we feel.

Don’t forget to vote for your favourite TV shows in this year’s National Television Awards! Shortlist voting closes at 12 midday on Wednesday, January 23.