David Haigh English football’s new season is under way with new teams at the top and bottom of the table, and Leeds United owner David Haigh talked to BBC Sport about the future of… 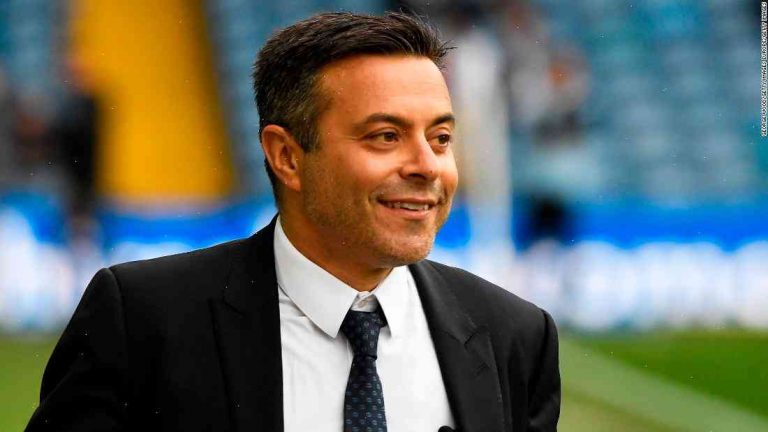 English football’s new season is under way with new teams at the top and bottom of the table, and Leeds United owner David Haigh talked to BBC Sport about the future of the second-tier club.

An ambitious new agreement with owners Gulf Finance House is the crux of Leeds’ positive future.

But for sure, the new season, probably, will be remembered as much for football people being able to stand and express themselves outside Elland Road more as it will be for the intensity and importance of the football itself.

Haigh, whose family are in Kuwait, made his first statement regarding the deal on the club’s Twitter feed on Tuesday, and said he and team principal Massimo Cellino feel there is a “new era” ahead of them.

And in an exclusive interview he told BBC Radio Leeds the deal should be finalised in September.

“We are putting the final touches to it now, I’m not sure when exactly it’ll be signed – probably in September when we put the final papers together,” he said.

“We’re putting the deal together now in a very sound way. All the banks are 100% committed. I’m very optimistic about that.”

Leeds United commercial director Jim Rodwell agreed the owners felt like “fresh blood” had arrived to “clean up the decks” at Elland Road, and said a “clean slate” is a key feature of the Gulf Finance House deal.

“The transfer dealings, obviously, will take place on a different timetable to what’s going on now. The team’s looked in good shape going into the season,” he said.

The joint owners told the club’s website they were happy with the “accurate, stable and clear information” on transfer bids from elsewhere in the UK, Europe and the Far East.

At last the players can put on their shirt again

“This is about pre-eminent players in the Premier League signing here on a sustainable basis so that you don’t see that kind of financial destabilisation. It’s also about the club being financially sustainable,” Haigh said.

And even now it has emerged vice-chairman and former Leeds favourite John Beard is staying in place, but going the boardroom way with a role in the football department.

The last couple of years have been very difficult for the club and its fans, but I think they can be confident of this new era in terms of being able to watch some attractive football and enjoying watching the players,” Haigh said.

And, speaking of the unhappy scenes of supporters pelting a car carrying Cellino outside the home game against Brentford last October, Haigh admitted there could have been “smarter ways of doing it”.

But he added: “I actually think the manager is a good man and he will do his best.

“Everyone would have preferred not to have that atmosphere at the ground last year, but the fans have demonstrated just how angry they are.

“We want them to be happy, of course we do. The crowd are still important and they do make a difference and they are very passionate.

“The chairman’s here, the stadium is full and people will be happy for the first time in a long time.”