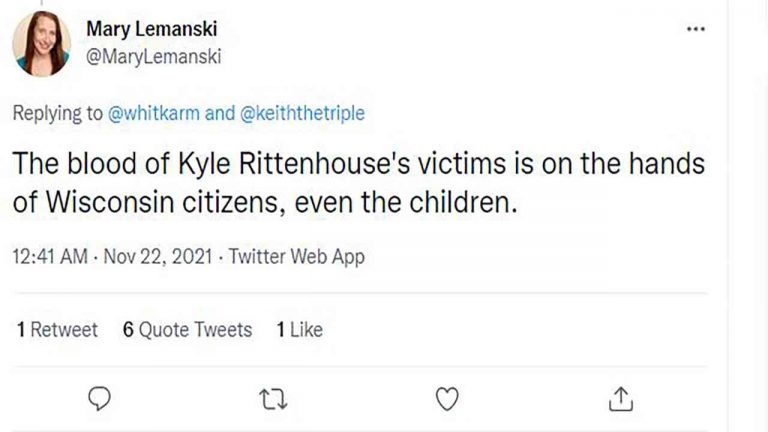 A Democratic candidate for governor of Illinois, Laura Denvir Stalcup, posted mocking memes ridiculing the fatal shooting of a Wisconsin teenager in 2016 by the 18-year-old who was reportedly depressed over his grades and facing an expulsion.

The teenager, Derek Williams, of Waukesha, was fatally shot by Philip Chism, in April 2016.

Chism allegedly committed suicide after the killing, but was ruled “not criminally responsible” for the killing by a court.

On her Facebook page, Mrs Stalcup joked that Mrs Chism had acted “savagely” and “played this out like a flute”.

She posted a meme reading: “There are three kinds of people in the world: White people, Black people, and nerds.”

She also posted another meme on Twitter showing Mrs Chism clapping with her hands up, similar to a horror movie character. She described the teen as “that nerdy white girl” that “won’t understand that’s playin us.”

She was also pictured holding a sign that said: “Students need guns. This white girl being killed by someone who had MS-13 in his past, that’s mental illness not violence. Glad everyone is getting what they needed after all.”

Mrs Stalcup eventually deleted the posts on her own account and apologised for her actions.

In a video statement, the candidate said: “I’m sorry that this deeply hurtful post caused pain and I offer my deepest apologies to the victim’s family, the Waukesha community and to the many people who were offended by my inappropriate and insensitive remarks.”

Police have been investigating the case to try to determine whether Chism is responsible for the shooting. His body was found lying on the bus stop at the end of the school day.

In another of her Facebook posts, she referred to the baseball game in the World Series, which she described as her anti-wedding night, referring to the killings.

She called out Florida’s public universities by offering financial aid for in-state students to attend the University of Florida.

She ended her apology with a plea to voters to “believe” her and vote for her on the 23 November, stating that she would “continue to advocate for change”.

Mrs Stalcup is one of six Democrats running for governor in the state, and is trailing the others in the polls.

Neither she nor the other candidates were immediately available for comment.

Shahidullah Shahid: ‘These crops are grown in areas where the government and international community is not present’