HIGH SCHOOL MUSICAL FANS, YOU’RE IN FOR SOME FUN AS A SEASON 2 GREEN CORNER When the ridiculously out-of-tune sitcom “The Great” premiered at the end of September 2015, the first season finale was… 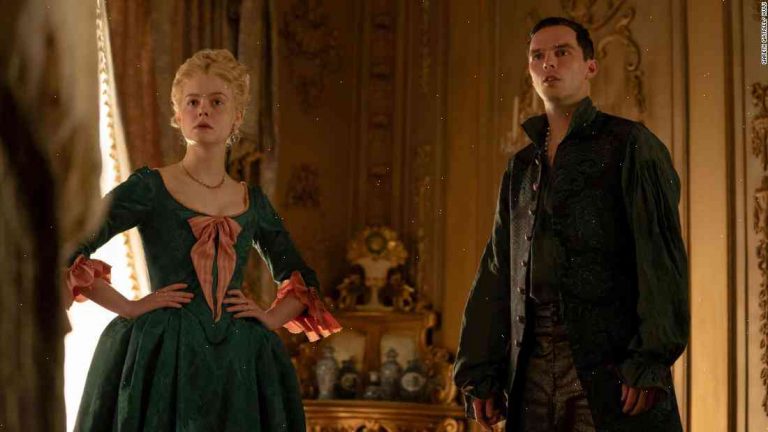 HIGH SCHOOL MUSICAL FANS, YOU’RE IN FOR SOME FUN AS A SEASON 2 GREEN CORNER

When the ridiculously out-of-tune sitcom “The Great” premiered at the end of September 2015, the first season finale was undeniably weird – and still feels weird – on some level. But there’s nothing weird about the second season, which kicks off this week, which finds America’s self-absorbed high school students dealing with the many, many problems they did not realize they had. The timely tone of this rock and roll parody (or comedy of musicals) series couldn’t be more timely: Longtime hipsters may recall the ’80s music industry and cultural revivals of the period, often with similar biting humor to the ones being depicted in “The Great.”

It must be said that this new season is better than the first for characters who survived the first year. At his real job as a news anchor at morning drive time on the MSNBC superstation “Invisible Morning Broadcasting,” Josh (Francis Conroy) and his handsome co-anchor Jordan (Ned) are no longer excitedly prattling on about their wacky boss Susan (Jane Lynch) as if he were actually some sort of genial, friendly cartoon cartoon.

Herter gets a case of stage fright this season, something he insists doesn’t feel real until he hears himself blather “Good morning. Ladies and gentlemen, treat us gently” in an anchorman’s voice. Jake (Nicholas C. Bechtel) is still confined to the basement, unable to leave his room and instead plays CD’s the old school way by having the sound system hum and bang. Jordan gets a new girlfriend – and a new roommate. And Josh spends a lot of time putting together the show by listening to and downloading songs, without asking for permission.

Fans of the first season will appreciate all the crew’s back story: Josh’s family was in a band and a singer/songwriter, Josh and his sister are the trombone and saxophone player in the school band. Most of all, fans of the show’s music will enjoy the fact that “The Great” is bringing back several characters that helped define the original season, including Trevor (Michael Lorenzo Hall), an overweight new kid, and character actor T.C. Stallings.

When star writer Noah (Tom Lenk) stumbles into a revival concert by his old band, Earth, Wind & Fire (the most prominent musical group from the ’80s in the program), he hopes to catch up with some old pals. But soon all the other characters are scrambling to get in on the action, also for reasons not entirely worthy of explanation. Will Earth, Wind & Fire still be playing on the radio? Will Susan remain a vacant, charmless woman of mystery? Will Josh ever really get over the guy who wrote the original title song for his day job, who even seems to be spending his free time with some old flannel shirt-wearing jock in a rubber band suit? Is there anything the “Great” musical heroes can’t do now that they’re all famous?