Sitting in the front row of Golden State Warriors’ practice Tuesday, Tracy McGrady was as excited as an 18-year-old fan. “Everybody in the league knows the Splash Brothers are really good, but you can’t… 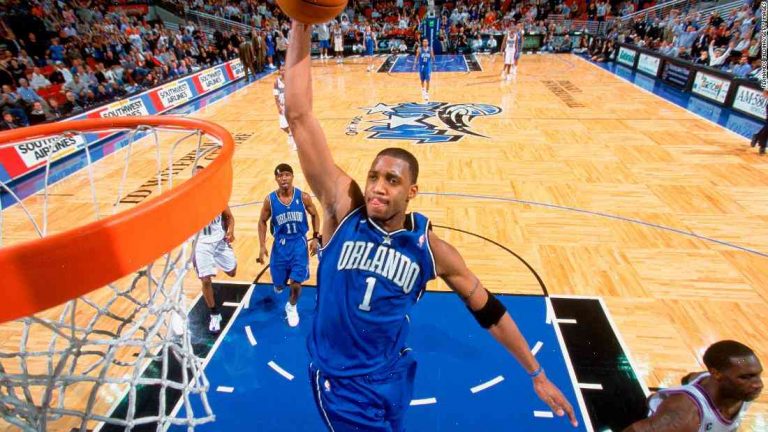 Sitting in the front row of Golden State Warriors’ practice Tuesday, Tracy McGrady was as excited as an 18-year-old fan.

McGrady’s praise of the Dubs’ backcourt talent was a ringing endorsement of a trio that has already won two championships since 2015, but is facing its biggest challenge in history this summer.

“Now you got [Andre] Iguodala coming back healthy, who’s been on the floor since 2011,” McGrady said of the NBA’s most seasoned veteran. “He’s going to make that team better. I mean, you have [Stephen] Curry, who’s obviously going to set the table, and what Klay Thompson has done and what Draymond Green, how he got his shot. And when he’s healthy, he’s outstanding at everything that he does.”

McGrady’s most aggressive endorsement of Curry was his assurance that the Warriors have what it takes to continue their dominance and win another title.

“Look at how they play, what they can bring to the table, their record-setting regular season. And then, to win two in a row, most amazing performance of the year is to do it against the Cleveland Cavaliers. But I’m telling you. I think it’s going to be a hell of a run. They’re just going to keep getting better.”