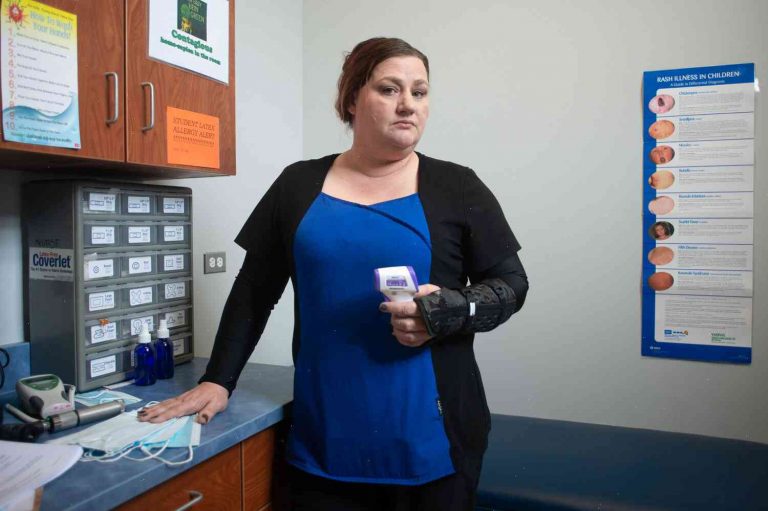 It’s part of a campaign by #okis — meaning “people who are doing something” — called “The Hidden Life of Humans: True Stories from Nurses.” The campaign takes the time to “back up a nurse’s heroism” so we can understand how a person in the face of trauma goes about healing others.

As the name suggests, #okis “are people who are doing something and have something to tell us,” says Prof. Anne Versprey, an anthropologist and #okis founder.

The campaign is published in 10 “wrapper” books and has a website, including a video about how a nurse survives traumatizing acts.

“When someone slips, they see themselves as the enemy, attacking us,” says @henne, who started on the campaign shortly after the 2016 attacks in Paris.

A clip from an artist who fled Mosul’s filthy prison

In Baghdad, the streets of Bab Al-Sowashan were empty except for men in diapers and men who didn’t exist. The oldest woman at the hospital seemed to have been tortured by her mother and her own grandmother.

The threat of epidemics is real, said one woman, who had no idea a red alert was issued at her home in Brussels. When she awoke one morning and saw her face in the mirror, she had “never felt shame in my life.”

But is it a realistic view? Doctors around the world are doing remarkable work but struggle against the “massive violence” they deal with in hospitals, says Laura Rojas, a neurosurgeon at Mount Sinai Hospital in New York.

Migrants who can’t take in their news start to scream

“What we can really see in these eyes is fear,” says Lisette de Lévesque, who’s spent decades working in health care in Africa. “And it’s very hard to work on staff when the conditions are like this.”

In her new book, “Nurses: The True Story,” she presents the bad and bad-tasting realities of putting patients’ lives at risk.

“Nurses in trauma are not only asked to do the best they can — they are expected to do the impossible.”

In Indonesia, wards are smeared with blood and death.

“We were brought in at 4 a.m. on Nov. 5, 2009. They already had a few [infected] children who died before us. It was a horrible scene … That’s when we first realized that we couldn’t do it. The nurses went away … the physiotherapists … the doctors went home. All these [staff] left before the nurse came back. The nurse was pretty much on her own, with a dirty floor, and half the children were on the bottom.”

But “no matter how bad the catastrophe,” says Alexis Coshe, an emergency specialist from Le Havre, a city on the south coast of France, “you have to keep working.”

Tesla, Elon Musk, and another rising star in modern energy