Written by By Kristine Tafur, CNN On the eve of a two-week UN climate conference in Poland, the world is being threatened with the worst climate devastation since 1945. As negotiators gather in Katowice… 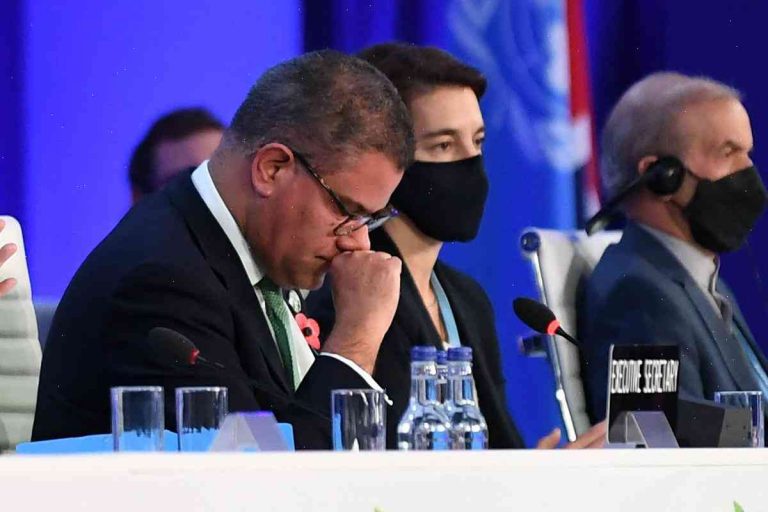 Written by By Kristine Tafur, CNN

On the eve of a two-week UN climate conference in Poland, the world is being threatened with the worst climate devastation since 1945.

As negotiators gather in Katowice for the 17th United Nations Framework Convention on Climate Change (UNFCCC) conference, a mock-up that depicts the image of an angry Lord of the Rings character shows the world just how precarious the situation is — and how far we’re from solving the problem.

An angry Sauron spits fire as he destroys the world in celebration of the “miracle” of a carbon-free future. Credit: UNFCCC

Art from 2569 — A ‘Death & Destruction’ Looney Tunes Cartoon Telling the story of environmental catastrophe since 1945, this example of “folktales for change” is part of a new series of fantasy comic books created by Greenpeace to raise awareness about the threat of climate change.

The blundering “Legends of Reality” comic is designed to illustrate exactly what a turning point the world is at and just how far things could get if we don’t stop emitting greenhouse gases. If the UNFCCC fails to take the action needed to prevent humanity from going “blind,” one of the world’s most familiar local heroes will rise to save humanity: Gollum.

Concluded by B.P. Gumbs: “All is fair in love and war, but not in climate policy.” Gumbs is the personification of the rising sea level, the destruction of coastal infrastructure and the threatened lives of coastal dwellers.

A futuristic vision of what could happen to humanity if we don’t tackle climate change, Greenpeace’s exhibit, called “Death & Destruction,” is itself a “warning to the world’s leaders that time is running out,” according to the Environmental Protection Agency (EPA).

The joke comes as global leaders re-commit to tackling climate change in the lead up to a UN summit in December where new commitments for governments to scale up emissions reductions will be made. However, many of the pledges so far have been watered down, with less than a third of the pledges developed nations made during the UN summit in Paris in 2015 actually being implemented.

We’re halfway through 2018 and we’re on track to end up 6°C warmer than pre-industrial levels by 2100. Credit: Courtesy Greenpeace/Kreta Aung Thuamanthana

NASA predicts there’s a 65% chance that Earth will warm 4°C higher than pre-industrial levels by 2100, threatening up to 50 million more deaths — and it’s not likely that the scientists involved in such predictions know how much more warming is to come.