For the past two years, Ulysiano Fernandez has been documenting the repression in Cuba on a blog. But the defector claims his travels haven’t gone unnoticed: Last month, he was assaulted, beaten by a… 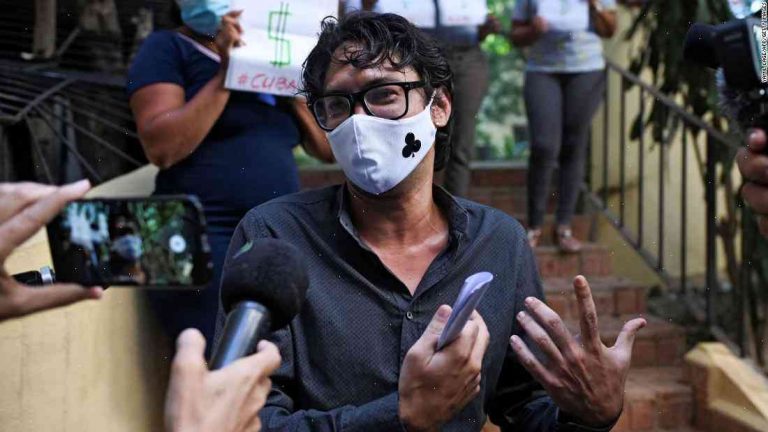 For the past two years, Ulysiano Fernandez has been documenting the repression in Cuba on a blog. But the defector claims his travels haven’t gone unnoticed: Last month, he was assaulted, beaten by a group of men who called him a mercenary. Fernandez, 32, denies the charge, but the government has retaliated. He faces an indefinite suspension from university classes. Recently, the Cuban government arrested and charged with dozens of other dissidents more than 100 people, including opposition leader Oswaldo Paya, 70, for “treasonous” acts against the government.

Following the arrest of his student union colleague Leonardo Martínez, 32, Fernandez was attacked. “I told him ‘Please get back to class, I want to be part of this process, we need the democracy, we need freedom in Cuba,’” Fernandez said. But his students arrested him. They beat him up. They stole his backpack, electronics, bicycle and bicycle helmet. Fernandez describes the exchange: “They said, ‘This will not happen again,’” Fernandez recalled. “They asked me if I would dare protest against the government on the campus.” After losing his backpack, he jumped in a car with a friend and started walking. He only stopped two miles from the university. This account is supported by a witness who accompanied him on the trip. The Cuban government says Fernandez spent that night in a bar, and it is not investigating the attack, Fernandez said.

“I was heading toward the University of Havana University, but they forced me to the ground,” he said, “they broke my back, they punched me, they beat me. They didn’t do it in such a way as to create a bruise. They only did it to hurt me.” Fernandez claims the police filed a false police report in which he described Martínez as riding a bicycle with a bag over his shoulder and writing inside. According to Fernandez, Martínez was picking him up from the university and giving him a ride home. Cuban police have detained as many as 50 activists at the University of Havana, and many are now awaiting trials.

On Friday, Fernandez was ordered to come to prison to show proof that he had traveled abroad. It’s the second time his family has warned him not to leave the country, Fernandez said. After returning home on Oct. 22, he had to report to the Institute of Penal Medicine.

The government will probably soon find more demands to detain and throw in jail those who dare question Cuba’s one-party state.