Toning down their high-energy stage presence for the Instagram generation, the K-pop sensation BTS has netted the title of Artist of the Year at the 2019 American Music Awards. “We, BTS, live for music,”… 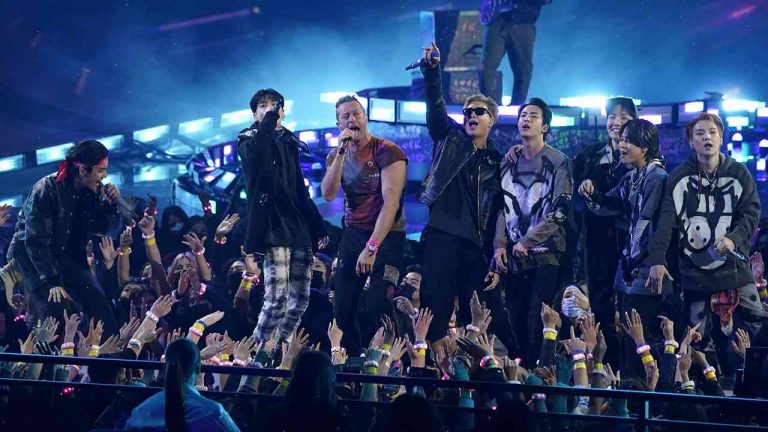 Toning down their high-energy stage presence for the Instagram generation, the K-pop sensation BTS has netted the title of Artist of the Year at the 2019 American Music Awards.

“We, BTS, live for music,” the band said in an acceptance speech that broke down some of the hardships they faced along the way.

“We believe that our strength lies in love and kindness, and through music we hope to instill positivity and inspiration on each of you, our fans,” BTS said, as the lights dimmed to dimly lit black out of the small studio stage at Microsoft Theater in Los Angeles.

“Can you guys sing some of your songs? And that’s it. Thank you so much,” BTS said, as Shinhwa and their bandmate Yoo Hee Si performed before breaking the group up into one lead singer and two back singers.

BTS proved that their song “DNA” was an impressive chart-topper for the group, becoming the highest-selling K-pop song in 2018, notching 464,000 copies sold in the United States and another 500,000 copies sold abroad. The song stayed on the Billboard Hot 100 for eight weeks and was ranked No. 28 on the Global Mix Charts Top Songs. The song also hit No. 4 on the singles chart for the week ending December 5, the highest position for any K-pop single in 2018.

BTS represented their country, South Korea, on the Motown 75 50th Anniversary issue, giving an astounding performance of the hit song “DNA” on the week ending December 14.

BTS were also nominated for the group of the year award at the 2018 American Music Awards.

West Nile virus could cause a mess on Thanksgiving this year, especially in New York