A cappella’s choir director writes about being older and wiser, how his life got better when he became a parent and his most embarrassing parenting mistake In 1996, Alex Perry’s then 19-year-old daughter Tia… 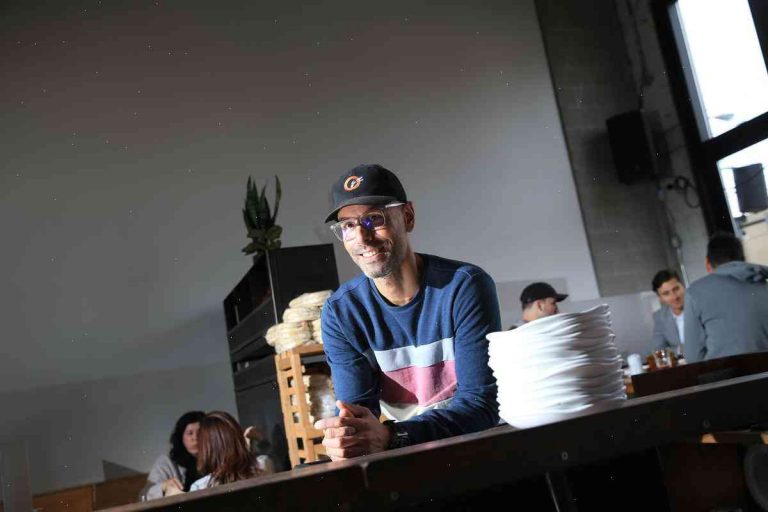 A cappella’s choir director writes about being older and wiser, how his life got better when he became a parent and his most embarrassing parenting mistake

In 1996, Alex Perry’s then 19-year-old daughter Tia (in background) was diagnosed with Asperger’s syndrome and a rare brain tumour.

Well-meaning readers said to me, “You’re an a cappella choirmaster and now you’re a dad? Is that how it goes?” However, that’s far from the reality. Yes, music used to be my life, and then, after a few decades of rehearsal and performing, I also became a dad. But I wasn’t prepared for all of the responsibilities that came with being a father and husband.

In This Life & Other Adventures, my first memoir since 2012’s A Song For Julia, I wanted to bring together the stories of my adolescence with the fatherhood and parenting changes that led up to the writing of the book. I wanted to show, in an honest way, how important it is to be open and honest with kids when they’re young, because we all end up needing to later. I also wanted to share my early experience of homosexuality, which would have led to more questions and more questions. Yes, with the help of understanding and coaching, I found my way to love my son. For a long time I didn’t feel all that able to do that, though, and this book isn’t just about me feeling better. It’s a story about what my son has gone through – how I’ve struggled, seen gay people struggle and made mistakes.

I know that there will be some who don’t understand, and others who will cheer me on, but we’re all going to be wrestling with all kinds of things in our midlife. All this is true.

The joy of sex for anybody is that you never know what it will involve. I also have a lot of stories about nudity. I was aware of everything at a very young age, and I still have my little underpants, cut open and hanging on some sticky card inside my door. My mother says I was too young to put anything up, because of the air. I must have been about 12. My brother was eight and he asked to pick up the top pair from our underwear drawer. I was convinced that the old stuff was a clue that something would happen, and ended up with quite a nasty cut.

A few years before Tia was diagnosed, I wrote a series for BBC Radio called The Words I Live By. The title of the show was The Age of Anxiety, and while writing the title episode, I couldn’t quite figure out what the word anxiety meant. Then I met a fellow DJ, who said: “Well, I’m waiting to put on a pile of underwear in the early evening. That’s anxiety.” I’d never heard the word before, and she made it so easy.

I also spent a lot of time at home reading. When I had a son, I thought I was going to have all the freedom and exhilaration of home, but it was really tough. My first thought about being a father was that it would be absolutely overwhelming, but of course it wasn’t. I also spent a lot of time reading about singing, because as a child I had a lot of anxieties about my body. I remember having song titles and saying to myself, “Now is the time to pick those up.” Music calmed me down. So this book is about that, as well as music, as well as some other things I’ve learned about myself as a parent and a father.

If you get off with the first chapter, you’re in for a good time. I think that this book will really capture the humanity of the main characters, but I feel that it will also be more special than people will expect because of my involvement with Tia. She just loves the book.